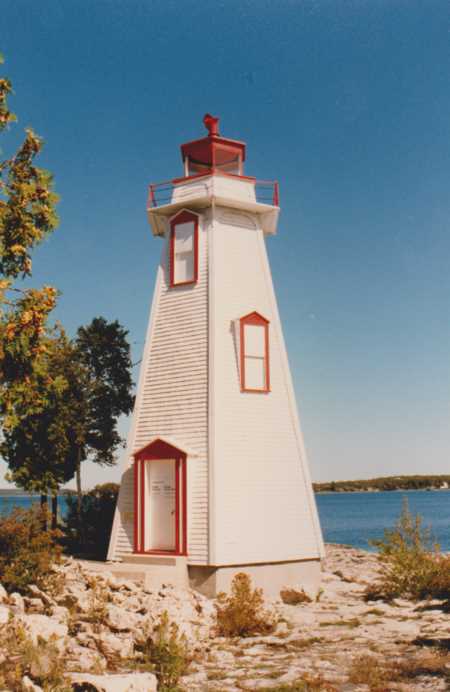 In the early days of settlement, the arrival of spring was eagerly awaited by the pioneers that lived on the Bruce Peninsula. The lack of effective overland routes to the more settled regions of the colony left the Owen Sound area of Georgian Bay virtually isolated from the rest of the world during the winter months.

By the month of March, the pioneers' larders were close to being empty, and the store rooms of the commercial traders were in a similar state.

Consequently, everyone was awaiting the arrival of the first vessels laden with produce.

The first ships of the season faced difficult conditions. Fierce storms and heavy waters made sailing treacherous. The rugged shoreline made finding a safe haven as treacherous as the swelling waters, winds, and torrential rains and snow from which they which they were trying to escape and took a heavy toll on the early maritime traffic on Georgian Bay and Lake Huron.

As the population of the area increased, so did the traffic on the lakes. To help alleviate the dangers to the sailors and their ships, lights were erected along both the Lake Huron and Georgian Bay shorelines.

The arrival of rail connections to the shores of Georgian Bay in the 1850s, and the opening of the canal at Sault Ste. Marie in 1855, increased maritime traffic and signaled the need for lights, especially in the Tobermory area.

In 1859 the Cove Island lighthouse went into service. In 1870, a light was erected on Lonely Island and in 1897 another was installed on Flowerpot Island. It was hoped that these beacons would provide a safer path for mariners through the treacherous waters around the tip of the Bruce Peninsula. 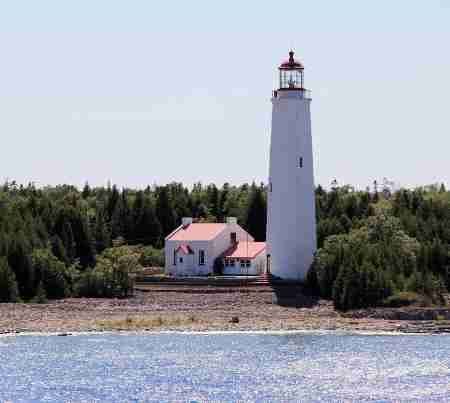 The Cove Island lighthouse was one of six completed during the rush to improve navigation on Lake Huron and Georgian Bay in the 1850s. The other five were at Point Clarke near Kincardine, Chantry Island at Southampton, Griffith Island at the entrance to Colpoys Bay, Christian Island, and Nottawasaga Island. 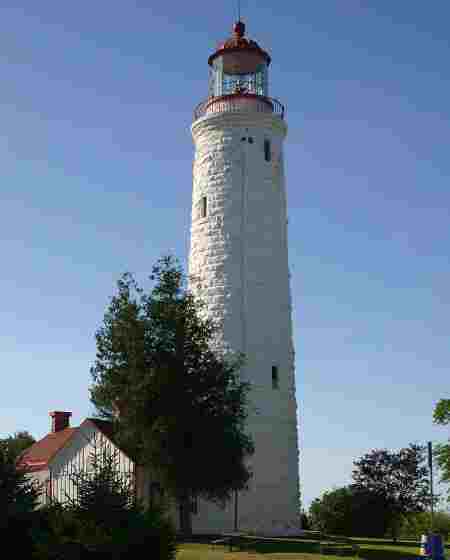 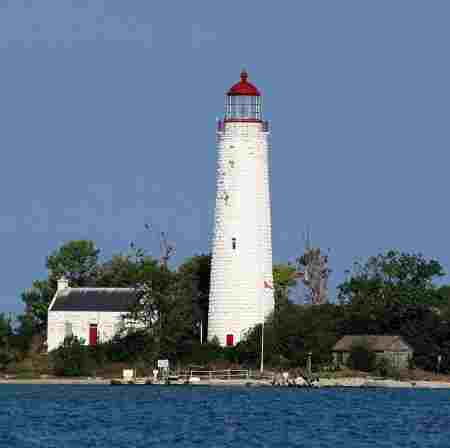 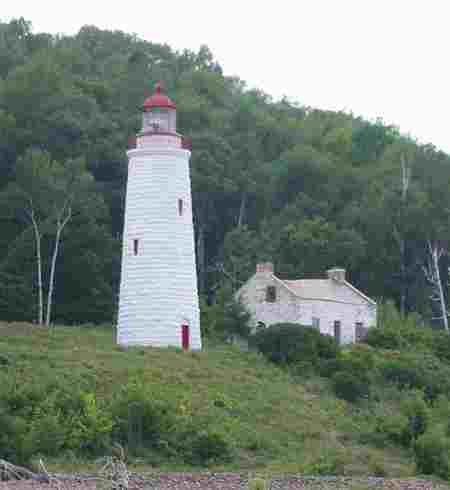 Griffith Island Lighthouse At The Mouth Of Colpoys Bay

These lighthouses were constructed simultaneously by John Brown, a contractor from Thorold. They were simple structures. But, due to their remote locations, not easily built. The decision to build them was not only beneficial to navigation, but also proved to be a boon to entrepreneurs and workers in the area. Quarries were opened at Owen Sound, Main Station Island, and Inverhuron. The stone for the base and the exterior facing of the structures came from the Owen Sound quarry and the cement was shipped in from Brown's mill at Thorold.

In the Owen Sound area, the Presqu'lle lighthouse was an important maritime structure. It was the last light to be extinguished each autumn and the first lit in the spring. Area newspapers announced that it was in operation and this information received front page coverage in both the Wiarton and Owen Sound newspapers!

Although these lighthouses were built to help mariners sail safely through treacherous water, there were still many shipping disasters in the area. But they were more than a device for improving maritime safety.

The news that the lights were operational was also a much awaited harbinger of spring for most of the settlers in the Georgian Bay area.