Welcome to history-articles.com. In the pages that follow you will find versions of articles, books, essays, book reviews, etc. that I have written in various venues during my three-decade long career as a historian.

History articles will provide you with information if you have ever wondered what it was like to sail the Great Lakes on a small wooden vessel.

The ships that sailed the Great Lakes, especially Georgian Bay, have always been of interest to me. Perhaps it all started when I was a youngster and my grandparents would take me on a stroll along Owen Sound's harbour to watch the Norgoma or the Norisle embark on a journey northward. On other occasions we would watch a freighter loading, or unloading, at the grain elevators.

This interest in Great Lakes vessels heightened, especially in terms of the region's maritime history, when as a teenager, I met Orrie Vail the legendary Tobermory fisherman, who claimed to have found pieces of the wreck of La Salle's vessel, the Griffon. On that occasion Mr. Vail invited me into his workshop where he handed me a well-worn piece of wood, and said, "son, you are holding a piece of history, this is part of the Griffon." From that point on I was hooked!

After completing a B.A. in History at Trent University where the professors combined passion with historical methods, I began a quest to apply my knowledge and passion to a career in history.

In the early 1990s I was given the opportunity to further my interest in Great Lakes maritime history when I was part of a team of three historians who researched and wrote "A Maritime History of Georgian Bay" for Parks Canada.

In the summer of 2020, I completed a M.A. in history at the University of Western Ontario. My thesis was about the Bruce Peninsula, "The Impact of the Forest Products and Tourism Industries on the Development of the Bruce Peninsula, 1850-2019." You can access a copy of my thesis here.

In history articles, you will learn about the heroic, but tragic, sailing career of Captain Andrew Port.

Stories about mariners are often far-fetched, but in the pages that follow you will read the true story of the Captain who smelled his way into port.

There will be stories about pioneer tourists sailing on excursions around the lakes and the almost fatal ending of one of Canada’s future Fathers of Confederation.

And, of course stories about sailing the waters of the Great Lakes also must include tales of shipwrecks and valiant attempts to save lives and vessels.

Have you ever contemplated what life was like for the early settlers in North America?

Pioneer life has often been portrayed as idyllic as settlers carved new lives out of the wilderness. But most of those tales had their beginnings in Hollywood.

Settlers’ lives were often difficult. Clearing trees that were sometimes twelve feet in circumference. Pioneer recipes were very basic and depended upon what was available.

You will read about a community that was reduced to eating “pap”. (You will have to read that page for this “interesting pioneer recipe.)

Pioneers were extremely dependent on their neighbours. Together they would create pioneer schools, hold barn raising parties to help each other out, and they would build pioneer churches.

You will find stories of heroism and tragedy, successes and failures, but in the end you will be entertained and you will learn about early life of the European settlers who came to North America.

Have you ever considered the impact that European settlement of North America had on the aboriginal people?

While many history books, and lots of movies portray the North American wilderness as empty in terms of human population. Nothing could be further from the truth.

There were many nations of people living in North America before the first European settlers arrived.

Through book reviews and history articles, you will read about the positive and the negative impacts of interaction between settlers and the Aboriginal people who had been on what they call Turtle Island (North America) for centuries.

Many of these articles will illustrate the dependence that settlers and explorers had on their North American hosts.

The Aboriginal people taught them about what berries and other plants to eat. They guided them along the rivers and lakes that led to the interior of Turtle Island.

When settlers became ill they were taught by the First Nations’ people about frontier medicine such as herbs, etc.

Book reviews and history articles will illustrate the interactions between the Aboriginal peoples and the settlers from the time that the explorers and the first settlers arrived on Turtle Island.

On a less serious note have you ever thought about how some people become professional athletes?

Using book reviews, articles and books, you will read about some interesting sports stories and the men and women who participated and made those stories.

Some of the stories will include a book review describing how the 1964 World Series illustrated why the National League had come to dominate the American League.

Another book review will provide an interesting look at the impact of hockey on youngest growing up with the game. By the way, this is one of my favourite books to read!

You will also read about the lives of many great athletes, including my personal version of Hockey’s Royal Family.

Do you enjoy a good story?

In the pages that follow, you will find interesting, entertaining, educational, and, I hope, thought-provoking history articles and book reviews.

Professional Inquiries  I welcome all inquiries and this is the place where submissions for professional projects can be submitted.

My Book Publishing  My book publishing career was a natural extension from my history articles that I had researched, written, and published with various newspapers and magazines. They are listed here for your perusal.

Bruce Peninsula  The Bruce Peninsula is more than a haven for those wishing to hike and explore the natural beauty of this region. It is a place full of rich history, as you will discover on this site.

2 Of My Latest Books 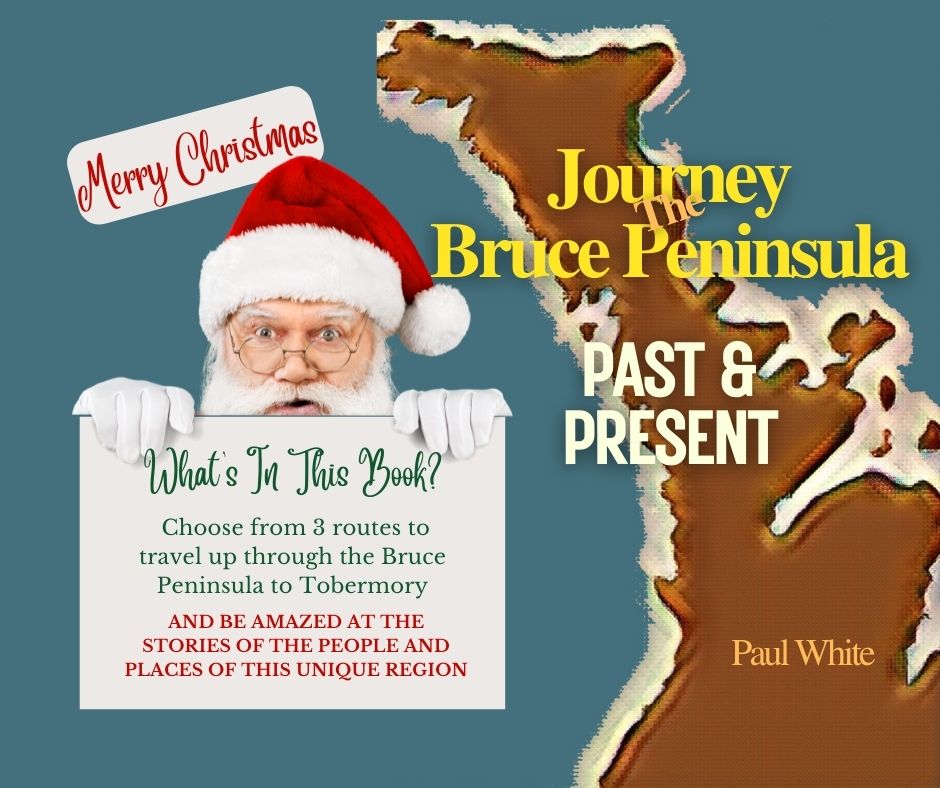 HISTORY-ARTICLES.COM DOES NOT SELL ANY PERSONAL INFORMATION FROM THIS WEBSITE.