I am pleased to provide you with a list of pictures of many of the vessels that sailed with the Hindman Transportation Company of Owen Sound. The pictures were graciously provided to me by Dr. Steve Briggs, a well-known maritime historian.  Below I have provided some information about the Hindman Company and its founder, Captain George Hindman. The information for this section came from several sources, but of primary importance was the information found in The Scanner: The Monthly News Bulletin of the Toronto Marine Historical Society whose editor was the highly respected Great Lakes maritime historian John Bascom.

The Hindman Transportation Company of Owen Sound was formed in 1954 by Captain George Hindman. But this was not the first shipping company that George Hindman had been at the helm of.

In 1940, he formed the Diamond Steamship Lines whose vessels sailed from the company’s home port of Owen Sound, Ontario.

Diamond Steamship Lines, flag ship was the George Hindman (this was the first of three vessels to be called by this name). This vessel formerly  the Brookton owned by Colonial Steamships was the “canaller” that Hindman had purchased. Over the course of the next decade three more canallers were added to the Diamond fleet.  (Scanner v. 2, no. 7, April 1970) 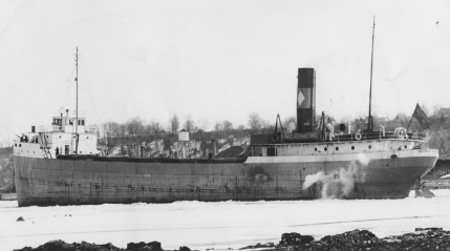 Captain George Hindman had a long history as a Great Lakes mariner before he formed the Diamond Steamship Lines.

His first sailing experience occurred when he worked for the Reid Fleet out of Sarnia Ontario. After working the Reid company, he sailed with several different companies and vessels as a wheelsman. One of the ships he worked on was the S.S. Keewatin. Then, after serving as a First Mate on the S.S. Manitou he passed his Master’s License.

After the First World War, Hindman sailed with many different Great Lakes companies during the 1920s and 1930s until 1940, when he decided that he wanted to be at helm of his own company.

In 1922 George Hindman broadened his financial interests when he purchased 100 acres of forested land on Manitoulin Island and created the Hindman Timber Company Ltd.

The sale of his canallers to the Reoch Company did not mark the end of Captain Hindman’s interest in Great Lakes maritime commerce. In 1954 he created the Hindman Transportation Co. of Owen Sound.

To increase the tonnage capabilities of his new company, Hindman purchased the Risacua in the Caribbean. He brought the vessel back to Owen Sound where it was refitted and named the George Hindman.

This vessel would change names again in the early 1960s to be called the Susan Hindman. The reason for the name change was that the company had purchased a larger vessel, the Baird Tewksbury from the Midland Steamship company. And, this vessel was to carry the moniker, the George Hindman. 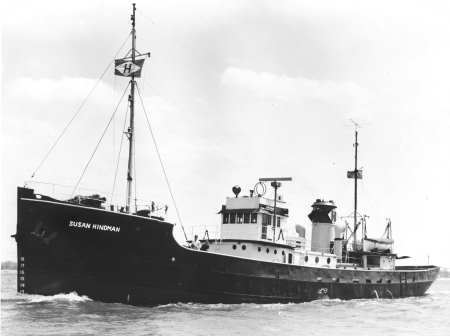 Captain George Hindman passed away in 1969.

Ships of the
Hindman Transportation Company

Listed below, in alphabetical order and with year of building, are the vessels owned by Diamond Steamship Co. Ltd., and Hindman Transportation Co. All are self-propelled bulk carriers unless noted otherwise. Capitalized names denote Hindman operation. (NOTE: This list was compiled from an article in by John Bascom in The Scanner: The Monthly News Bulletin of the Toronto Marine Historical Society  v.1, n.9, April 1969 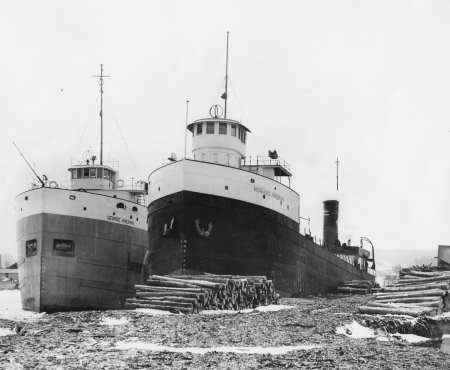 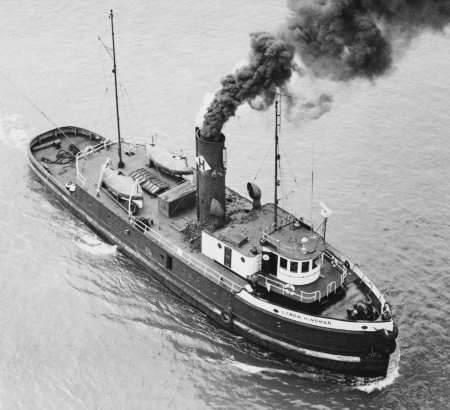 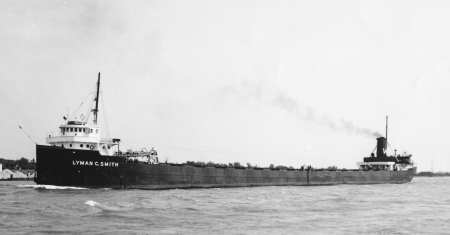 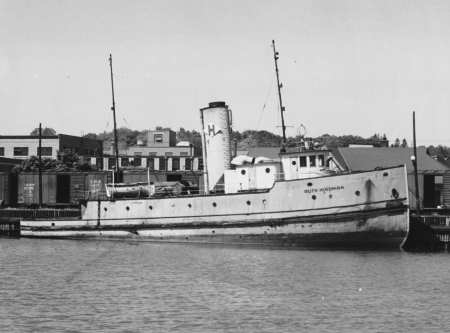