Despite the town's best efforts to make Wilfrid Laurier's visit a memorable occasion, it would be clouds of dust that would remind the Prime Minister of  the Lake Huron community. 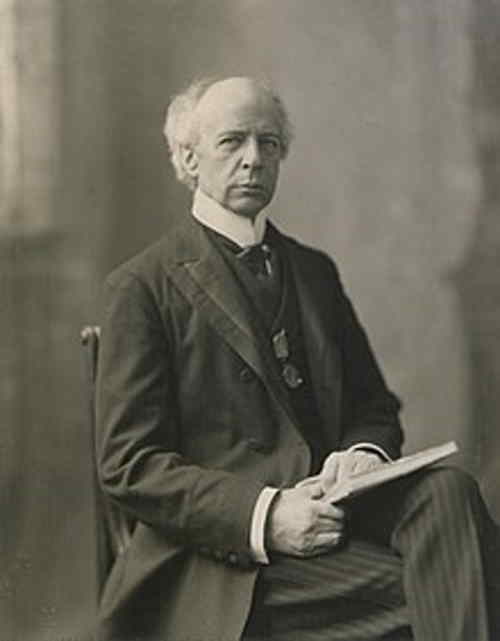 Visits by dignitaries to the Grey and Bruce region have sometimes been events that created embarrassment rather than pride in the hearts and minds of local citizens. In this column I have detailed the plight of the ship, the Ploughboy, off of the coast of the Bruce Peninsula in 1859 which left John A. Macdonald and his entire cabinet praying for rescue, before they were claimed by the waters of Georgian Bay. As well, the town of Port Elgin can lay claim to an embarrassing moment during a visit by a national politician.

Prior to the turn of the century the Liberal party announced that Wilfred Laurier would be travelling to Port Elgin. The members of the local Liberal party were ecstatic about the possibility of showing off their leader to the electorate of the area, and perhaps swaying voters to support the Liberals instead of their dreaded foes the Conservatives.  As well, the local leaders of the community saw this visit as an opportunity to show off their region. After all, a favourable impression might go a long way, if in the future Laurier did achieve power and Port Elgin was in need of a favour from the federal government!

Shortly after the news was received of the impending visit, both Liberals and local leaders began to plan a visit that would long be remembered by Laurier. It was decided that the Liberal leader would address the expected throngs at the local cricket grounds. A platform was built in front of the pavilion. Laurier would speak to the local dignitaries, and party faithful, who would be seated in the covered seats of the pavilion. Pine planks would be set on blocks for other onlookers. Perhaps it was the hope of the Liberals that sitting on hard boards in the blazing summer sun would be enough to convert some of those in attendance, in order that they could enjoy a seat in the cool shade of the pavilion!

Of course, there would be the usual entertainment fare for such a visit. Choirs, singers, and other local amateur talent would amuse the great Liberal chieftain. But this would not be enough to distinguish Laurier's visit to Port Elgin from any other stop along his campaign tour. The organizers needed something special!

At last it was decided that Laurier, and his entourage, would be escorted to the cricket grounds by an honour guard on horseback. Now this honour guard was going to be something out of the ordinary. Instead of a small group of ten or twenty riders on horseback, the Port Elgin honour guard would number 600 men and their horses!

The committee set about to find six hundred horses and riders. For weeks young men could be seen at their farms in Bruce, Arran and Saugeen townships training their Clydesdales, Percherons, and any other breed of horse, to become a fine cavalry steed. The call went out to the entire county for anything that resembled a saddle. As the day of the great visit approached organizers and riders worked feverishly to polish their “mounted troops".

The day of Laurier's visit arrived, and perhaps because of other concerns, primarily the assembling of the mounted honour guard, the organizers had neglected to take care of one item, the dust. There had not been a substantial rainfall for several weeks, and no one had thought about the consequences of six hundred horses churning up the dry dirt of the cricket field! The spectators were all in their designated seats when Laurier and his magnificent honour guard entered the field. Immediately the dust began to swirl under the hooves of the horses. Soon none of the spectators could see anything, let alone the leader of the Liberal Party. The entire cricket field was engulfed in dust!

After the dust settled the festivities continued. Many years later, after Wilfrid Laurier had distinguished himself as a great statesman and politician, not only in opposition, but also as the Prime Minister of Canada, someone mentioned the town of Port Elgin to him. His response was:

“Port Elgin, yes, that was where we had such beautiful horses and such smothering dust."

Research for this article came from many sources. The Port Elgin Times, and Reminiscences, Port Elgin Centennial 1874-1974, by Carmen J. Levie.

A version of my article, "Sir Wilfrid Laurier's Port Elgin Dust-Up," originally appeared on January 30, 1998 in my Local History column in the Owen Sound Sun Times.

Bruce County history is rich with stories about the development of communities along the Lake Huron shoreline and shaped by memorable events and the people.

The "Battleship By-Election" was the result of a debate that embroiled all of Canada but was settled in a rural region of southwestern Ontario prior to the First World War.

British Peerage a Source for Township Names. It is interesting to check the origin of the names bestowed on pioneer places such as towns, townships and counties.

Chesley Ontario Welcomes the Krug Brothers who were looking for a place to make their future and their fortune. They were not only successful, but they made significant contributions to the social fabric of their adopted home town.

Billy Crawford: Pioneering Spirit Personified. If you take the time to consider the people you have met during your life you too may know or have known, someone with pioneering spirit just like Billy Crawford.

Frozen Rivers & Lakes can be Hazardous: Icy waterways offer many benefits such as ice fishing, but beware weak, or thin ice is not easily detected and can spell disaster.

Kincardine Ontario's First Settlers using a bit of savvy and some luck created a future for themselves and their families on the Lake Huron shoreline.

The Krug Impact on Chesley Ontario was immense not only in terms of the community's social fabric but with regards to community's economic growth.

Wilfrid Laurier: Despite the town's best efforts to make Wilfrid Laurier's visit a memorable occasion, it would be clouds of dust that would remind the Prime Minister of  the Lake Huron community.

Mildmay Ontario overcame competition from other communities to claim its spot in Carrick Township on an important settlement route to the Lake Huron shoreline.

The pioneer settlement in Arran Township was completed in 1851. The survey crew had been impressed, by the cheap cost and the potential of the land, that two members of the team, George Gould and Richard Berford, took up plots of land.

Port Elgin Ontario Started with a Storm. A ship forced to seek refuge from Lake Huron's stormy wrath signalled to one man the idea of starting a new community.

Southampton's early history was a time of identity crisis, and with a connection to an early Arctic mystery story.

Southampton Ontario Suffered a Major Fire in 1886: The havoc was created by a furious high wind storm that spread the flames over much of the town.

Tara Ontario's Mill Started the Village Economy and with the entrepreneurial and inventive genius of one man the community prospered!

Walkerton Ontario: The Beginning of this Bruce County town is the result of the drive and determination of one man, Joseph Walker.